The midterm elections ended almost a month ago, but campaign season isn't over in Denver.

The law passed six years ago and makes it illegal for anyone set up camp and sleep in public spaces. It also prevents someone from taking shelter with a blanket or sleeping bag in city parks.

Listen
Listening...
/
Scott Franz talked with supports of the Right to Survive, a campaign that aims to end Denver's ban on camping in public spaces.

At any time of the day, it's not hard to find people experiencing homelessness in Denver's City Center Park. People are socializing, sleeping on park benches - and sharing food as police cars cruise the perimeter.

Jerry Burton, one of the leaders of the campaign to overturn the urban camping ban, said he tried to sleep in this park when he was homeless. 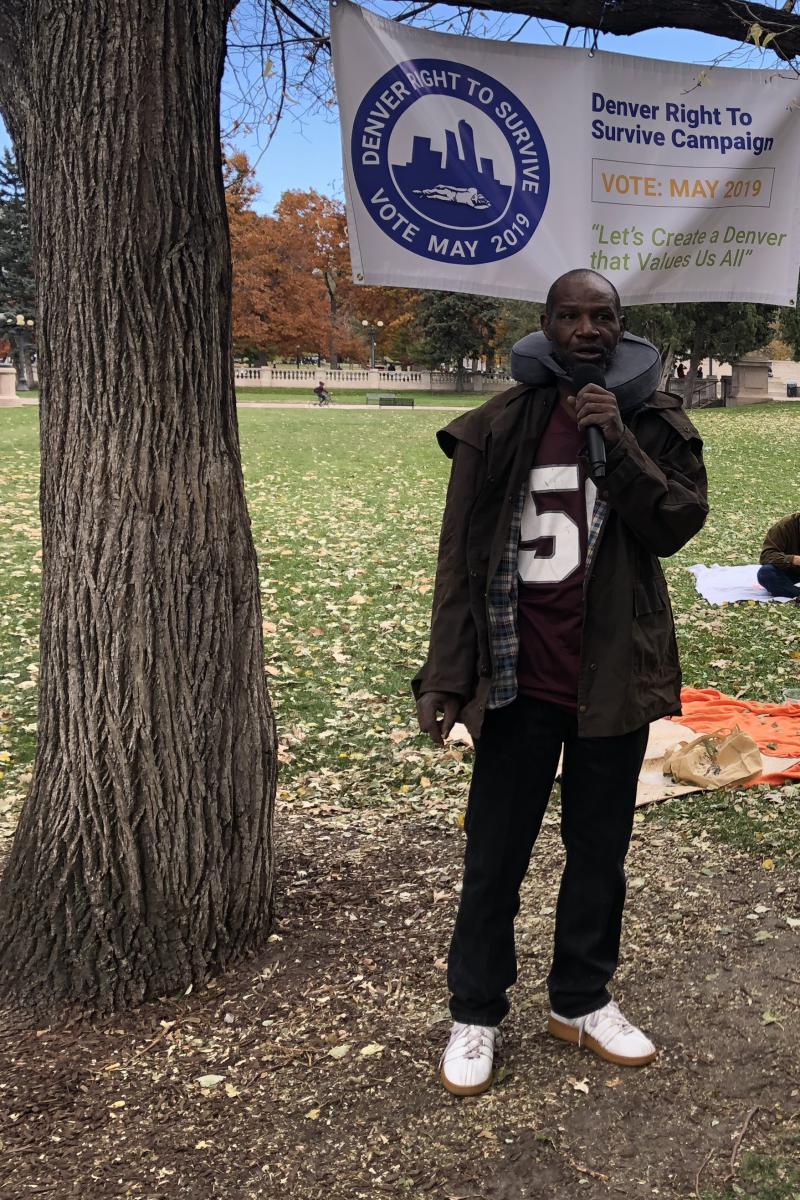 He spent more than two years sleeping outside in Denver. He said the urban camping ban made it hard to sleep through the night.

Two years ago, Burton laid down his sleeping bag in front of City Hall on a cold November night. Police told him to move on. But Burton refused. He was ticketed, and the case went to trial. Ultimately, he was convicted of breaking Denver's ban on sleeping in public spaces.

"We have laws here, but when you start putting laws on the books to affect one group of individuals, something's wrong with that," Burton said.

A group of city residents is hoping to change things.

Diane Thiel is a leader of the Right to Survive initiative. In October she and other campaign supporters gathered at Civic Center Park for a potluck to thank all the volunteers who spent weeks gathering more than 9,000 signatures.

"You toiled on even when voters were rude to you or adamantly against our ballot initiative," Thiel told the small group. "You kept going when voters walked by waving at you to stay away from them."

Technically, the campaign supporters say they were breaking the very law they're hoping to overturn by sharing food and sitting on blankets in the park.

Thiel picks up a sign that reads "Right to Rest" and begins walking towards Colfax Avenue.

As she waves at passing cars, Thiel says the initiative to overturn the camping ban has faced several setbacks. The group spent the last four years asking the state legislature to overturn it. But in never gained traction.

"My thinking is we need to be like water," she said. "When you meet an immovable object, you move around it, so we're doing a ballot initiative." 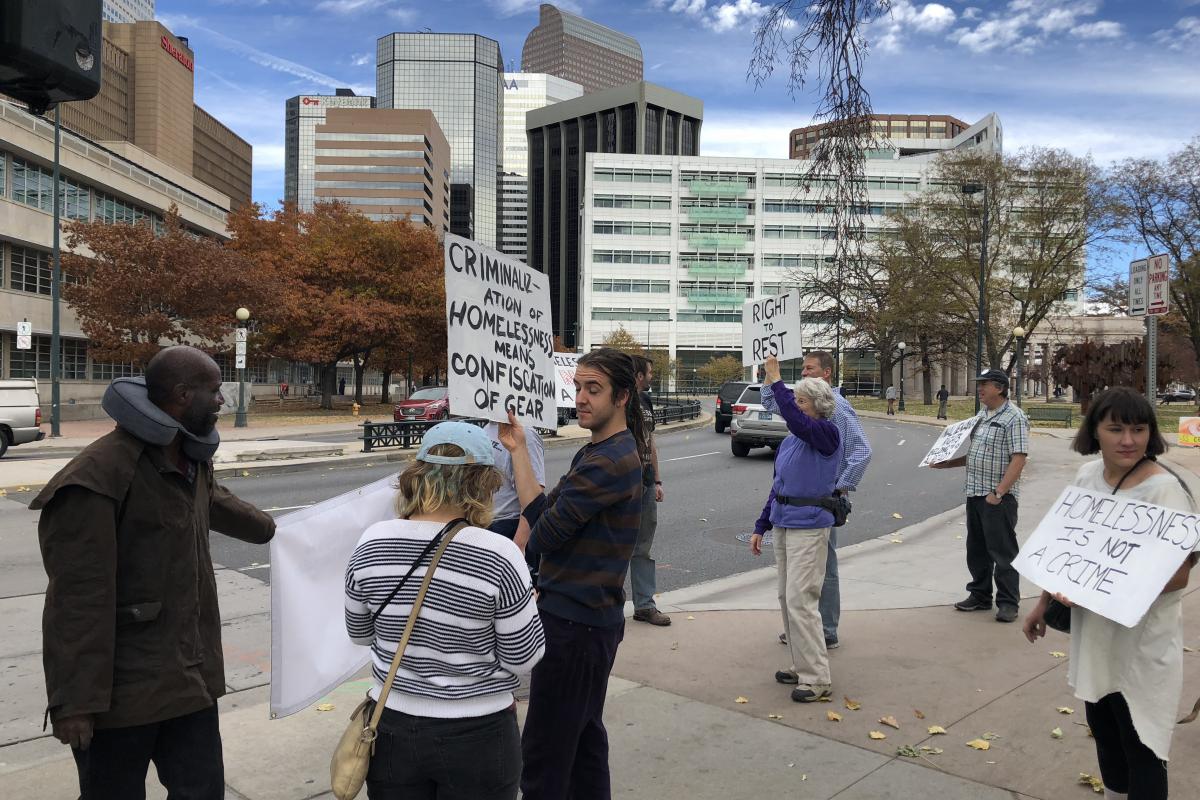 Just across the street is Denver City Hall. It's where council members passed the ban six years ago.

Supporters like Councilman Christopher Herndon said it would help individuals who are homeless get connected to shelters in the city. He pointed to data from Colorado Springs, where a camping ban reportedly helped get dozens of people off the streets and into homes and rehab programs.

"One hundred and sixty (homeless campers) went back to their families, 35 went to rehab programs for drugs and alcohol, 150 got jobs," Herndon said. "Officers (in Colorado Springs) reached out to 610 campers, and 435 didn't return to homelessness."

The meeting was stopped several times by outbursts from the audience.

"This proposal is wrong because it punishes the poor for being poor," he said.

Back at Civic Center Park, Jerry Burton shared with the crowd how his life has turned around since the days when he slept here. He's got a home again and a job. Overturning the ban is a chief priority for him.

Now it's up to Denver voters to decide. In May the ban on camping will show up on the municipal ballot as the Right to Rest Initiative.

Capitol Coverage is a collaborative public policy reporting project, providing news and analysis to communities across Colorado for more than a decade. Eleven public radio stations participate in Capitol Coverage from throughout Colorado.