Amendment 73 Would Mean More Money For Colorado Schools. Here’s How

Cathy Kipp was at a recent back-to-school night at Kruse Elementary School in Fort Collins. She was handing out flyers and printed information about Amendment 73.

"This is game changing," said Kipp, a member of the Poudre School District Board of Education. "This would be the best increase in public school funding that we've been able to get in decades in Colorado."

Amendment 73 would raise $1.6 billion annually through a tax increase on corporations and individuals and families earning over $150,000 a year, which is about 8 percent of state residents. 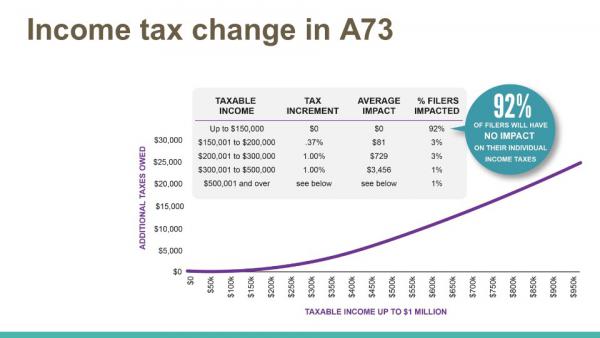 If Amendment 73 passes, the yearly revenue gained will go into the Quality Public Education Fund, which can only be used for schools. The money will then be split among all school districts, allowing for local control over how the funds are spent.

"Every community has different demographics and geographics. It's where the decision should be made and where the accountability lies," said Lisa Weil, executive director of Great Education Colorado.

Colorado schools currently have a funding problem. According to the National Center for Education Statistics, Colorado needs to spend between $2,000 and $2,800 more per pupil to meet the national average. This lack of funding has led to statewide teacher shortages, increased class sizes and the inability to hire other support staff like bus drivers.

Great Education Colorado helped spearhead 73, working with dozens of other groups. Weil said if the amendment passes not only will schools get the funding they desperately need, but it will create a more equitable tax structure.

"Colorado has one of the hottest economies in the nation and yet even with that, we haven't been able to invest in our schools," said Weil.

Under 73, corporate taxes would increase from the current rate of 4.63 percent to 6 percent. According to Great Schools, Thriving Communities , the change would move Colorado from the third to the ninth lowest rate of the 44 states that impose corporate taxes.

Michael Fields is the executive director of Colorado Rising Action, a conservative advocacy group opposed to Amendment 73. He said the corporate increase would hurt small businesses and lead to a rise in consumer prices, nor does it address how school districts spend the money. He said they don't have a good track record of wisely using the funds they already have.

"I think we need to fix our current system before asking for more money," said Fields.

Other critics of 73 believe the corporate tax increase could hurt the economy and businesses could leave the state.

Sven Steinmo, a professor of political science and economy at the University of Colorado at Boulder, disagrees. He said businesses choose locations because of access to resources and labor and the work environment, not state taxes.

"Colorado is not suffering from a lack of investment or a lack of people wanting to move here or set up businesses here," said Steinmo.

In addition to raising $1.6 billion for the Quality Public Education Fund, 73 will also lower and freeze property tax assessment rates for residential and non-residential properties across the state. These new taxes would only be collected by school districts.

Colorado's property tax structure and distribution of the revenue is complicated.

To maintain the Gallagher ratio of 55 percent and 45 percent, the assessment rate for non-residential properties is fixed while the residential rate fluctuates.

But since the Gallagher Amendment was passed in 1982, the values of residential properties along the Front Range have increased so significantly that the tax assessment rate has dropped significantly, while the non-residential rate remains fixed.

Supporters of 73 believe freezing assessment rates will help stabilize the school funding, so districts won't have to rely on state funding as much.

"(So) there's not less and less local support and a greater amount of backfill that has to come from the state general fund," said Great Education Colorado's Lisa Weil. 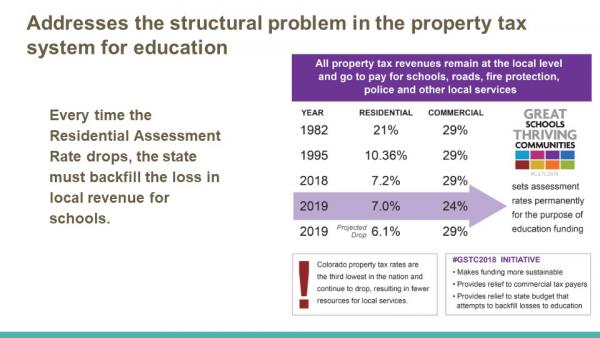 The proposed 73 assessment rates would add to the rates regulated by Gallagher, not replace them. This means all property owners would have two tax bills. Since the 73 rates and the Gallagher non-residential rate are fixed, Gallagher residential rates would continue to drop to maintain the 55 percent and 45 percent ratio. 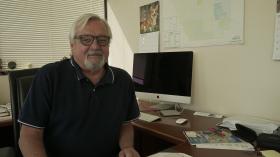 Steve Miller is the Larimer County tax assessor and said the creators of 73 shouldn't have included the property tax rate. The decrease in revenue from the drop in the Gallagher residential rate would reduce the amount of money used for other public services like paying police officers and firefighters.

"Public education in Colorado is certainly a strong force and it's important, but it's not the only important thing that the state funds," said Miller.

Many districts and their school boards publicly support 73. They say raising teacher pay, expanding preschool and increasing mental health support are some of their top priorities if the amendment passes.

As a member of the Poudre School District Board of Education, Cathy Kipp said the board has a long to-do list but the first step would be to talk to the community.

"It would go a long way to creating a more adequate and equitable and sustainable education funding here in Colorado for all of our public schools," she said.

But Colorado Rising Action's Michael Fields believes their plans are still too vague.

"It's a $1.6 billion tax increase that basically doesn't guarantee any student achievement growth," he said. "You know, they talk about teacher retention and attracting new teachers - I think they need to be a lot more specific than they are."