The Environmental Protection Agency released an action plan Thursday regarding potentially toxic chemicals known as PFAS. The chemicals have been detected in drinking water in Security, Widefield, and Fountain, among other locations across the country.

At a public meeting held in Fountain, regional EPA administrator Doug Benevento said the agency plans to set a maximum contaminant level or MCL for two types of PFAS by the end of this year. That is the next step legally required by the Safe Drinking Water Act to establish a regulatory level.

Earlier in the day at a similar meeting in Philadelphia, Acting Administrator Andrew Wheeler said the agency has not set a new MCL since the Safe Drinking Water Act was passed in 1996.

“So we’re charting a little new territory,” he said. “I can’t give you a definite answer as far as how long it will take. We’re moving as quickly as we can.”

His comments were interpreted by many as meaning an MCL would not be made this year, something Benevento said is unequivocally false. 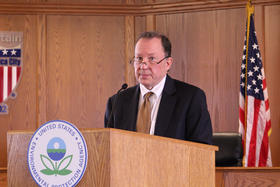 Fran Silva-Blayney with the Sierra Club said she’s disappointed the plan lacked concrete items aimed at immediately impacting the affected communities, but said officials at the meeting did the best job that they could in addressing concerns about the 63-page action plan.

“This has been a crisis in our community since 2016 and we were hoping to have an actionable process that would be much quicker than the 10-14 years that the EPA’s regulatory process takes,” she said. 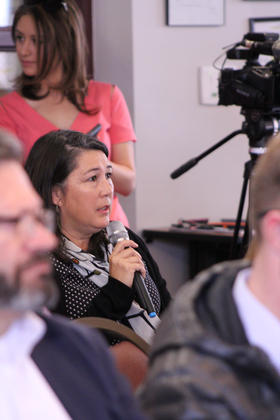 Still, many residents at the meeting were frustrated, saying efforts to address the chemicals have already taken too long.

Peter Wright with the EPA said the plan includes steps that commit the agency to improving how it researches, detects, monitors and addresses PFAS. He highlighted what he described as five of the most important actions from the plan, including setting an MCL. The agency is also gathering information to see if regulation is appropriate for other chemicals in the PFAS family. Other action items include clarifying clean up strategies, monitoring the chemicals in the environment and coming up with new ways to communicate about PFAS.

The plan and clarification give the Fountain Valley Clean Water Coalition something to work toward, said Liz Rosenbaum with the advocacy group.

“We would like to have an MCL--a maximum contaminant level,” Rosenbaum said. “We would’ve liked to have had it in 2017. However, they’re coming with, ‘this is why we can’t do it, we have to follow the procedure or else we end up in court.’” 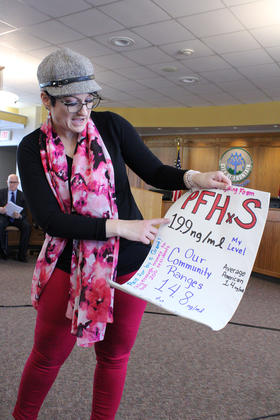 And that, Benevento said, is true. “That would set this process back significantly,” he said.

The contamination in southern El Paso County is linked to PFAS-containing firefighting foams used in training exercises at Peterson Air Force base.