After a year of coronavirus restrictions and cancelled travel plans, tourists have been flocking by the thousands to Steamboat Springs to cool off in the Yampa River.

At Backdoor Sports on Yampa Street, dozens of people from Wisconsin, Kentucky and Illinois were lining up this month to rent river tubes days before the waterway closed because of drought conditions.

Peter Van De Carr started the business 35 years ago with 10 tubes and a single limousine to ferry people back up the river when they were done. This year, he has a fleet of vans and long lines. 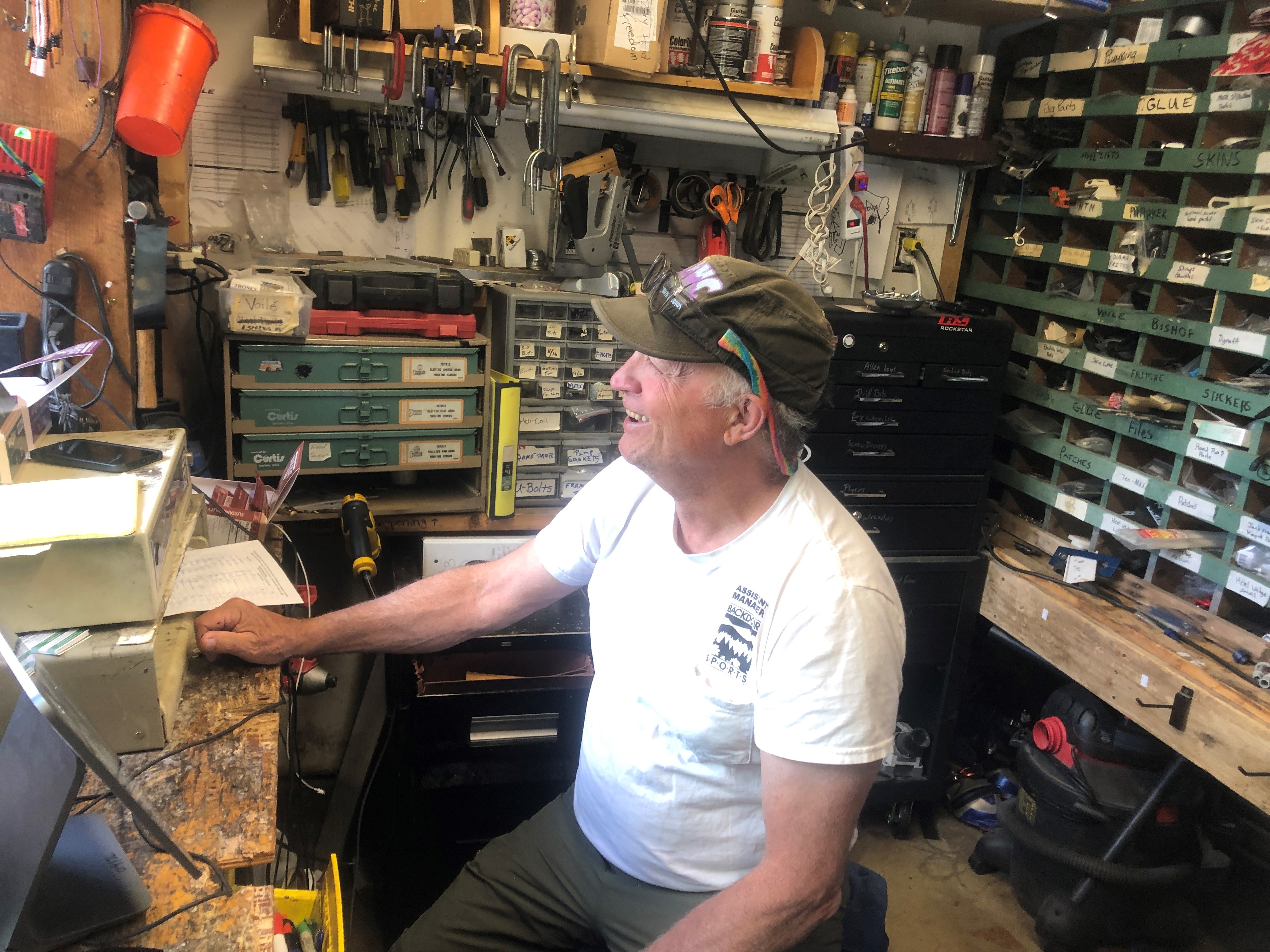 Van De Carr gives each visitor a reminder to not wear sandals (which often become river trash) and convinces them not to bring their keys on the sometimes perilous journey down the rapids.

But after they are done, all of those tubers — along with thousands of others who are heading up to the mountains to hike, attend rodeos and vacation after being cooped up during the pandemic — need a place to stay.

And that’s where things are getting complicated.

For Torey Wodnik, the boom in vacation rentals and tourism has changed the character of her neighborhood near the base of the ski area.

“There's 10 homes on this street and three of those homes are vacation rentals,” she said.

She says the hot tub next door is always full of strangers.

“And there have been many nights the kids have asked to sleep in a different room, sleep on the couch, because they can't sleep with all the noise that's coming from the hot tubs,” she said.

She adds the out-of-town guests are leaving their trash outside, which attracts bears. And they get distracted driving through the neighborhood looking at their GPS units.

But most of all, Wodnik says they’re taking away homes that could be rented or bought by local workers. The ongoing housing shortage has made it hard for her to hire enough workers for her business that rents out equipment for weddings and other large events.

So this summer, as events pick back up, she's having to spend more time working in her warehouse with the help of her young children. 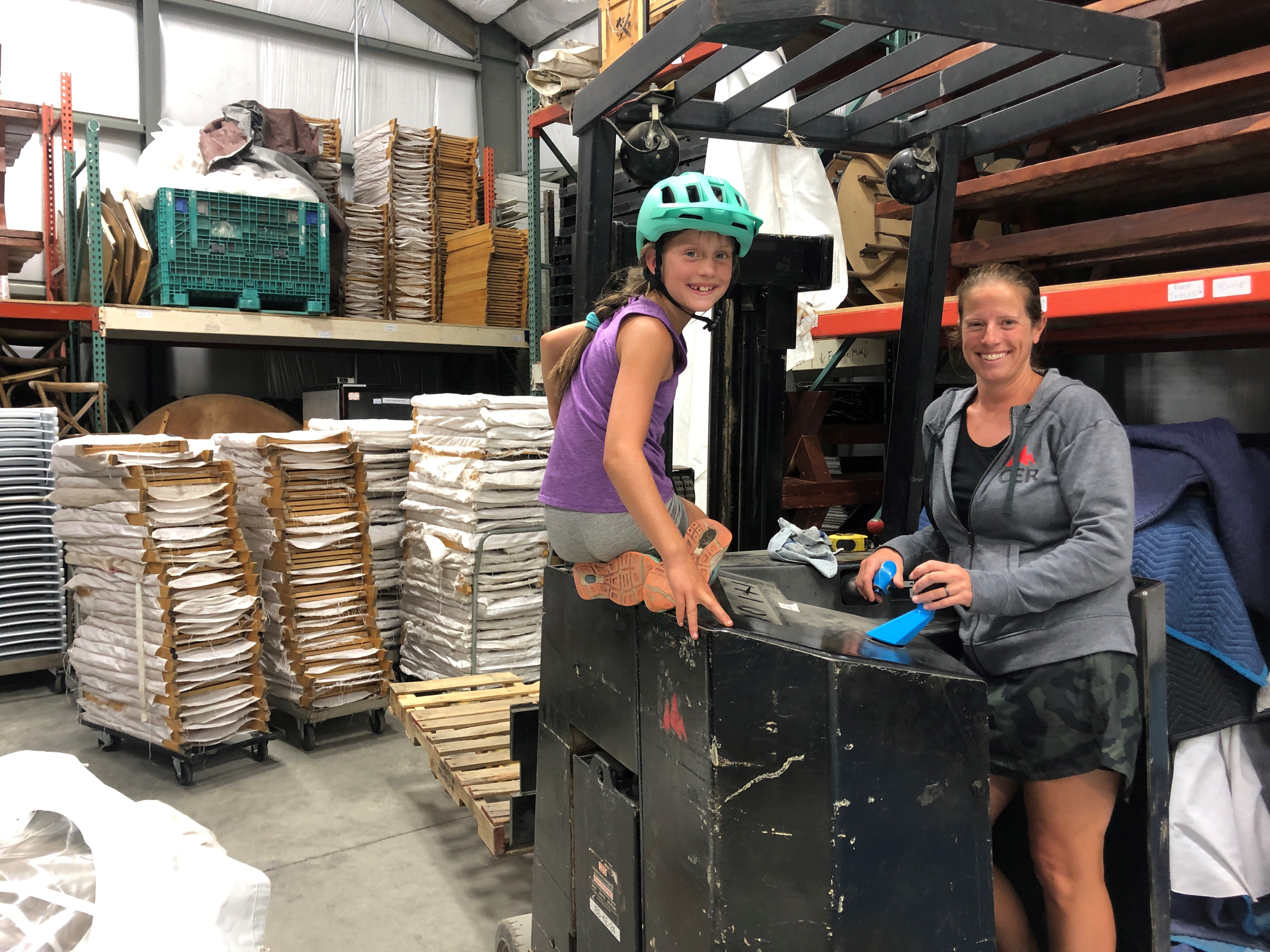 A recent survey of 4,600 mountain town residents in Colorado underscores the issue. It ultimately found that record housing prices, rising rents and a dwindling supply of long-term rentals is making it harder for many people to afford to live in the communities they work in.

Wodnik is so concerned about the issue she pulled over onto the shoulder of Interstate 70 last month to call into a Steamboat City Council meeting and ask for a time-out on vacation rentals.

And in a first-of-its-kind decision in Colorado, they voted to pause new applications for 90 days.

“Week after week, day after day, this council is getting complaints about the impacts of neighborhoods, and the bad actors who are ruining it for the few people who do rent out their homes,” Meyer said.

More than 200 vacation rentals are registered in Steamboat Springs. But that’s only a small slice of the pie. City records show more than 4,000 active short-term rentals, with most not needing the type of permit the city is trying to regulate. But the decision to pause even a small portion of them is stirring up controversy.

Sarah Bradford, who owns a vacation rental company managing about 40 units, says it could be misinterpreted as the city saying no to tourism.

She thinks some residents have become more defensive, and anti-tourist, because of the pandemic.

“It just proliferated that sentiment,” she said. “But we need to open our arms again and welcome the people back in. They are really great people who come to visit, for the most part.”

Bradford says she is not against adding more regulations. And she agrees there should be limits on where they can be located to limit the impact on neighborhoods. But she fears over-regulation.

Earlier this month, Bradford spent hours mapping exactly where all of the short-term and vacation rentals are located in Steamboat. She says she doesn’t know exactly what the map will show in the end, but she’s hoping it helps the council make an informed decision as it considers new regulations. 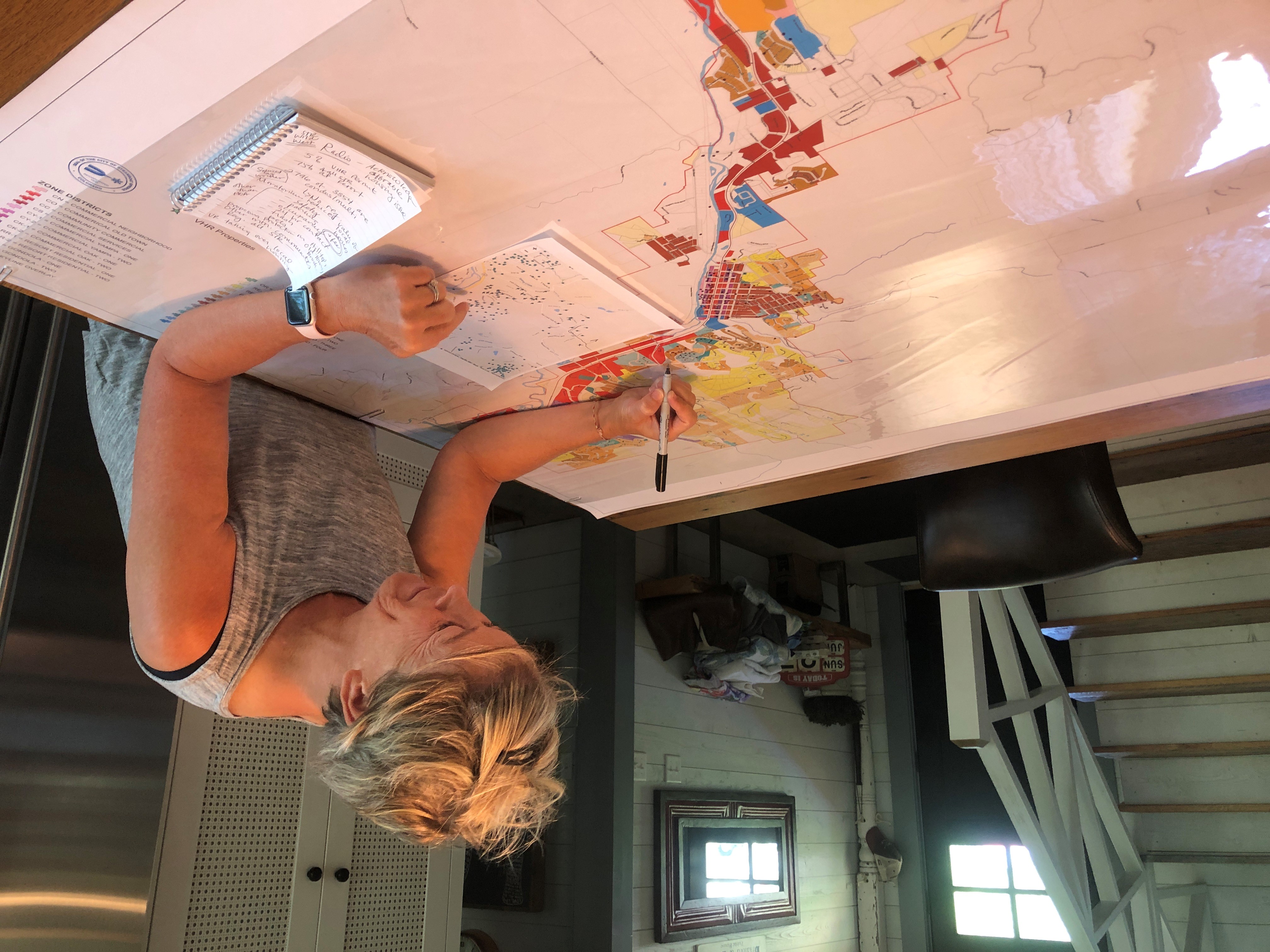 “I think it’s possibly misconstrued that (vacation rentals) are taking over everywhere,” she said. “But we want to prove or disprove that. We’re not out to push our agenda. We just want to give lots of data that they can make a good decision.”

And the decision will not be easy.

The city council estimates short-term lodging generates more than $3 million in tax revenue each year, or about 11% of the city’s entire general fund. But they are not sure how many of the units might otherwise be rented or bought by local workers.

But one thing is already clear. The city’s young professionals are having a hard time finding places to live.

Personal banker Jay Dickert says his search for his first home in Steamboat has been a “nightmare.”

Dickert stopped at a happy hour to have a cocktail with other young professionals on a recent July evening before going to tour condo No. 16.

“Just about every place I’ve looked at has gone off the market about three days after being listed,” he said.

“A good majority of these places are going sometimes 10%, sometimes 20% over asking like crazy numbers,” he said. “And a lot of it's in cash, too, which makes it hard to compete when money's coming from out of town, you know, wherever state it's coming from.”

Dickert says the stakes are high.

“I had a good friend of mine move out Monday, on my birthday, back to Texas because he couldn't afford it, couldn't sling it anymore,” Dickert said. “And some landlords are now flipping over their units into Airbnb, nightly rentals, things like that, because then they can pull down a bunch of income and then they come stay whenever they want to. And I can't fault them for that because if I had the money, I'd probably do the same thing that is pushing a lot of people out.”

Even with 90 more apartments of workforce housing being built on the west end of town — and state lawmakers considering spending hundreds of millions of American Rescue Plan dollars on housing next year — Torey Wodnik says the city does not have any more time to study the issue. 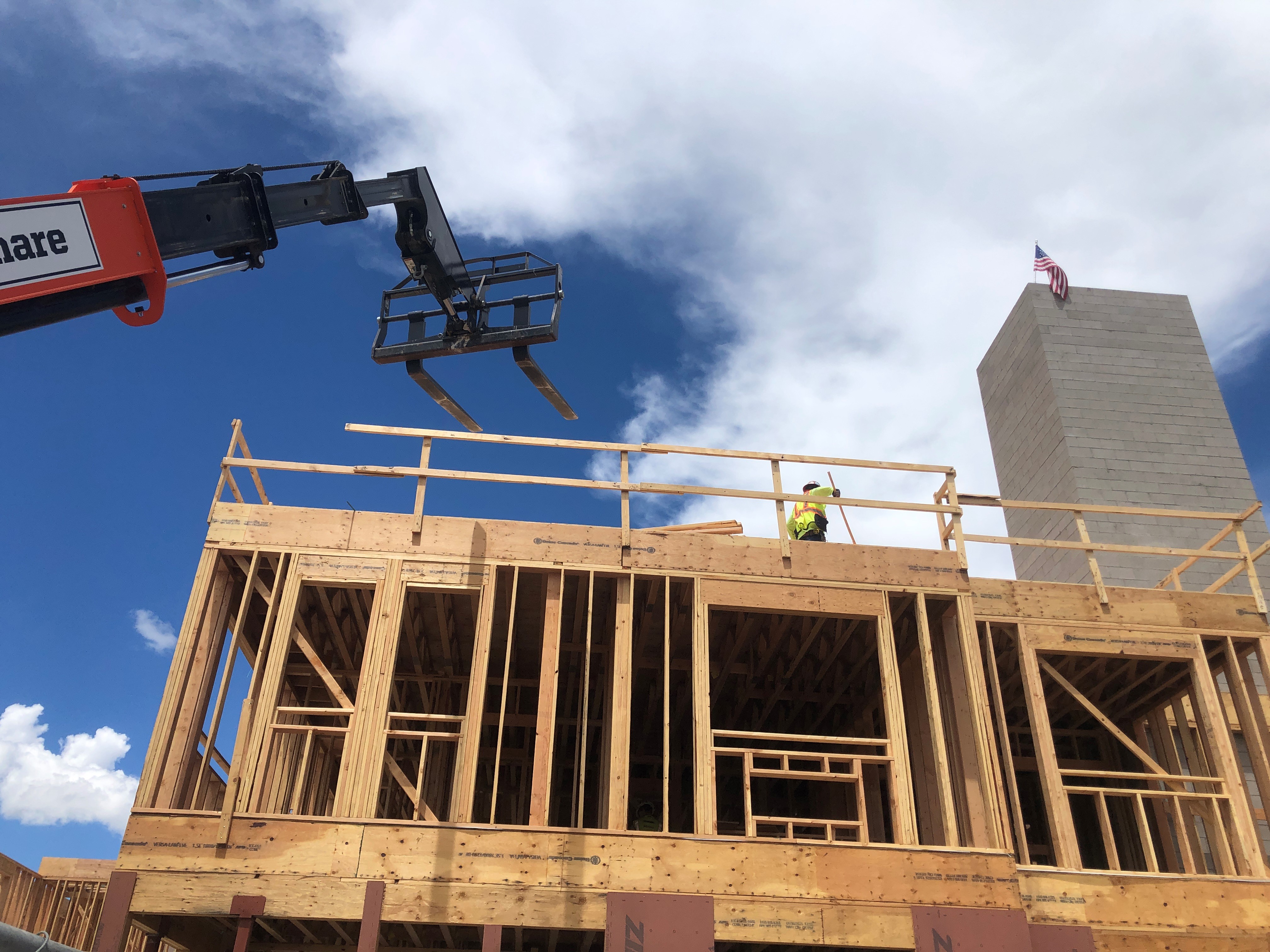 “I feel like it's such a drastic change that we're losing the people who make us who we are, who make us this kind, welcoming, fun, interesting, exciting town to live in,” she says. “And the longer that this goes on and we don't fix it and make it not free, not a handout, but a place where people with hard work can survive and thrive, I think our town will change forever.”

Meanwhile, other mountain towns are starting to consider their own actions on short-term rentals. A petition is circulating in Frisco in Summit County to restrict them. And Pagosa Springs in southern Colorado is kicking off a survey this month to find out the impact on workforce housing.

The pause on vacation rentals in Steamboat Springs lifts in early September.