Here’s your community calendar for Friday, January 25th, underwritten by Sopris Liquor and Wine on the corner of 133 and Main in Carbondale announcing the official SLW beer, Cerveza Sopris Mexican Lager offered in partnership with Roaring Fork Beer Company.  For a list of today's events like the Local Comedy Showcase at the Temporary follow the headline...

You can submit your calendar items on our website or by emailing calendar@kdnk.org. Get out there and have some fun! 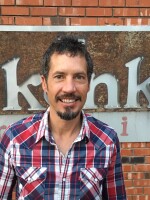