Carbondale’s Planning Commission met on Thursday and approved a subdivision exemption for a parcel of land north of the Rio Grande Trail, east of Merrill Avenue, owned by the Nieslaniks. The Commission also recommended approval of an amendment to the Unified Development Code that will allow drive-through banks and pharmacies in certain commercial zone districts. And the Commission reviewed the town’s new zoning district map, which includes no rezoning, just already established zone districts. The Commission was reportedly pleased with the new map, and has scheduled a public hearing on Thursday January 12th to consider official adoption of it. If adopted it would then be presented to Carbondale’s Board of Trustees for approval in February.

Late last week, Pitkin County announced the Colorado Department of Local Affairs will be kicking in a grant of almost $900,000 to build broadband infrastructure in rural parts of the county. Pitkin County will match the grant using tax money from a mill levy translator fund. The plan is to simultaneously develop a new digital public safety radio program and develop high-speed Internet capacity in the Crystal River and Fryingpan River drainages, saving millions of dollars in the process by piggy-backing both efforts, according to County Manager Jon Peacock. On Friday, news director Gavin Dahl spoke to Bart Weller, a Marble resident who is part of the new Upper Crystal Broadband Coalition, along with representatives of Marble Charter School, the Italian-owned Yule Marble Quarry and other residents. (To reach Bart at the UCBC, email bcw@sopris.net.) Kara Silbernagel, the analyst with Pitkin County KDNK spoke to a few months ago, who is leading the project, says residents in the Crystal River and Fryingpan River drainages can look forward to broadband service sometime in 2018. US Forest Service approval is still an obstacle and construction likely won’t begin until July 2017 due to lack of road access to the sites. Voters approved the county’s legal right to develop infrastructure in a landslide ballot measure one year ago.

On December 8th, the Bureau of Land Management sold oil and natural gas leases on 31 parcels of public lands in western Colorado, during an online auction, netting close to $1.5 million. But, Wilderness Workshop isn’t sure that BLM’s level of environmental analysis was good enough. KDNK’s Amy Hadden Marsh spoke with Peter Hart, the group’s attorney, to find out more.

A lawsuit challenging the state’s Electoral College will be heard in federal court today. Bente Birkeland has more.

A reminder that until 5PM today, Grand Avenue Bridge crews and Black Hills Energy will replace the City of Glenwood’s temporary gas line and install a permanent line on Seventh Street. During this time, there will be several gas line tests and gas odors are possible downtown. City of Glenwood Springs Fire Department and City dispatch have been notified and Black Hills Energy techs will be in the area to field calls. If you smell gas in downtown Glenwood today, you can report it by calling the GAB public info line at 970-618-9897.

Wednesday through Friday this week, anticipate daytime traffic impacts on Midland Avenue in Glenwood. Lane closures are expected to last all day for work on a new pedestrian bridge. Consider 8th Street, 27th Street and Grand Avenue as alternate routes. According to the City, the 14th Street Pedestrian Bridge will provide residents of neighborhoods across the river with a safe, efficient, and A.D.A. accessible bike and pedestrian crossing during - and after - the Grand Avenue Bridge detour. 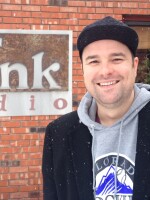