A KDNK Interview With New Representative Perry Will

Perry Will is leaving Colorado Parks and Wildlife after 43 years to assume Bob Rankin's seat as representative for Colorado's 57th District, which includes Glenwood Springs, Rifle and Carbondale. KDNK's Amy Hadden Marsh spoke with Will recently. Listen to the interview in three parts.

KDNK-PERRY-WILL-PT-TWO-FINAL.MP3
The discussion turns to wildlife and land issues, including sage grouse protection, preserving the Thompson Divide, and oil and gas drilling near neighborhoods.

kdnk_perry_will_pt3_web.mp3
Perry Will talks about his recent decision to euthanize five mountain lions in West Glenwood Springs and how he'll face challenges in his new role at the statehouse.
Tags
Local News Local NewscastAmy Hadden MarshPoliticsColorado LegislatureColorado PoliticsPerry Will 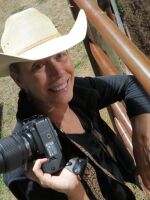