For A Few Weeks The Colorado River Reached The Ocean. Will It Happen Again?

In 2014, the Colorado River did something it hadn’t done in decades. For a few short weeks that spring, the overdrawn, overallocated river reached the Pacific Ocean.

Instead of diverting the river’s last bit of water toward farm fields, the final dam on the Colorado River at the Mexican border lifted, and water inundated nearly 100 miles of the dry riverbed. It was called the pulse flow, meant to mimic a spring flood.

In 2010, an earthquake in northern Mexico set in motion a big change in how people think about the lowest reaches of the Colorado River. The quake destroyed irrigation canals, leaving farmers unable to use all of their water. As the result of an emergency agreement, Mexico began storing its share in U.S. reservoirs. After another international agreement, Mexican and American officials decided that, as an experiment, the surplus water should temporarily flow into the river’s driest reaches. 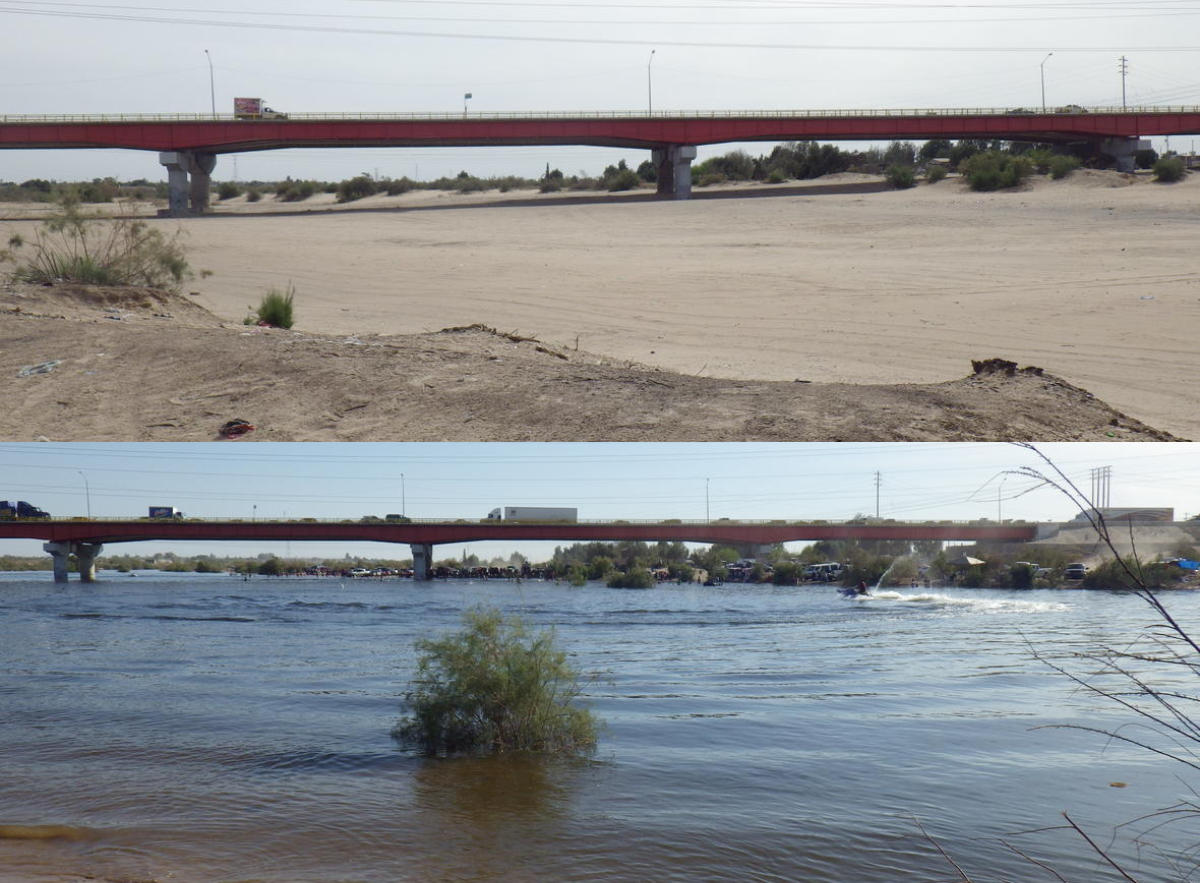 The water’s life-giving effects spilled beyond the river’s banks. Kids who’d never seen it in its natural channel, splashed and played. Spontaneous festivals came to life. Birds returned, and trees and marshes greened up.

But the moment was fleeting. Within a few months, the majority of the delta was dry once again.

The pulse flow brought a striking visual reminder of what happens when water is removed, and then reinstated to its natural channel. Since it happened, people concerned about the Colorado River -- like listener Glenn Patterson of Estes Park -- have asked whether the pulse flow will ever happen again.

“In 2014, a pulse flow of the Colorado River reached the sea," Patterson submitted through KUNC.org's Curious Colorado series. "Are we likely to see more such pulse flows, and perhaps more frequently, or for a longer time?”

The timing of Patterson’s question is perfect. Scientists and environmentalists in the river delta are now working to figure out if Pulse Flow 2.0 could become a reality, and if so, what it might look like.

“The pulse flow was in 2014,” said Francisco Zamora, director of the Colorado River delta program at Tucson-based Sonoran Institute. “We’re now four years after and the community [in the delta] is trying to find ways to restore a portion of the river there because of what they experienced during the pulse flow.”

Zamora played a big role in making the original pulse flow happen. It was the result of years of negotiation and salesmanship, convincing farmers with drought-ridden fields and cities with dwindling reservoirs that the surplus water was best used as part of the one-time experiment to boost environmental health of a degraded river delta.

“[The pulse flow] enabled us to learn so much about how water moves through that ecosystem that we really had no way of knowing because there haven’t been regular flows in that reach of the river for decades,” Pitt said.

Here’s the biggest takeaway: Because the delta is so dry, and the water table so low, the vast majority -- more than 90 percent -- of the pulse flow just seeped into the sandy riverbed. It boosted the groundwater, but it didn’t stay on the surface long enough to provide a huge benefit to birds and people.

The pulse flow was roughly 105,000 acre-feet of water. An acre-foot is the amount of water needed to fill one acre to a height of one foot. One acre-foot generally provides enough water for two households for a year.

It would take a significant amount of water and changes to agriculture practices near the delta -- like a wide scale switch to less water-intensive crops -- to boost the groundwater and avoid that seepage.

That realization has dashed some hopes for a pulse flow of the same size and scale in the near future.

“With what we learned we are now applying an approach to water deliveries that is trying to optimize the benefit we get for vegetation regrowth for the birds to keep the birds happy and for people,” Pitt said.

That new approach is one piece of a U.S.-Mexico agreement -- called Minute 323 -- signed last fall. It calls for water to be used specifically for environmental restoration in the delta over the next 8 years.

Under the new agreement, Mexico, the U.S. and a set of environmental groups will provide 210,000 acre-feet of water for restoration projects in the river delta over the next eight years. 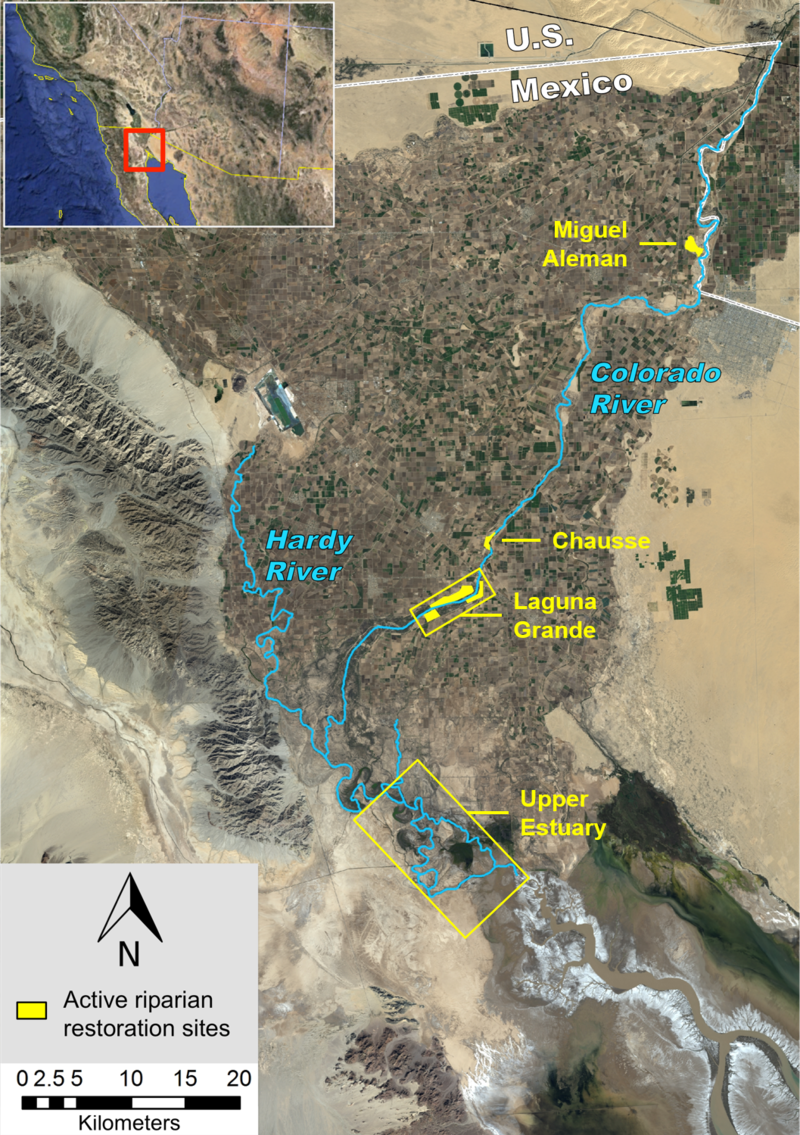 Pitt co-chairs a panel tasked with divvying up the water. Going forward, she says, don’t expect simulated floods on the same scale as the pulse flow. Releases will be more targeted and spread out over time, she said.

“But it doesn’t mean there won’t be flows through the channel that reach the sea,” Pitt said. “They may not look exactly like the 2014 pulse flow did. But we have more water to work with under the new minute, than we did under the last. And we’re excited to see what we can do.”

Francisco Zamora has concerns about the decades of environmental degradation the delta has already experienced. Rather than feel overwhelmed by the sheer scale of environmental restoration needed to make the river delta resemble its former self before a string of big dam projects upstream choked it, Zamora and others have chosen to focus on discrete sites where a small amount of water can go a long way.

His job would be a lot easier if there was just more water to go around. That’s just not the reality of the river that supplies water to seven of the driest states in the country.

“Despite the conditions in the basin, the climate and the water supply, what we have learned in the last 20 years ... that gives me hope,” Zamora said.

What’s wrapped up in all of this though is a recognition between the two countries that rely on the Colorado River that they can do very little by themselves. Both the U.S. and Mexico will have to work together, and each will have to give something up in order to restore the river’s driest reach.