From Neon Orange To Chocolate Brown: The West's Unluckiest River Takes A Beating

In early August three years ago, Barb Horn stood along the banks of the Animas River in the city of Durango, Colorado. Word had spread of a mine waste spill upstream near Silverton. She waited, alongside hundreds of others, for the waste to appear. But the plume took longer than expected and eventually arrived at night.

The next morning, she saw the change.

“It was absolutely surreal,” Horn says. “And I think that's why it went viral. It’s like somebody photoshopped the river orange.”

Upstream Environmental Protection Agency workers and an environmental contractor triggered the spill of 3 million gallons of rust-colored mine waste while cleaning up the Gold King mine. 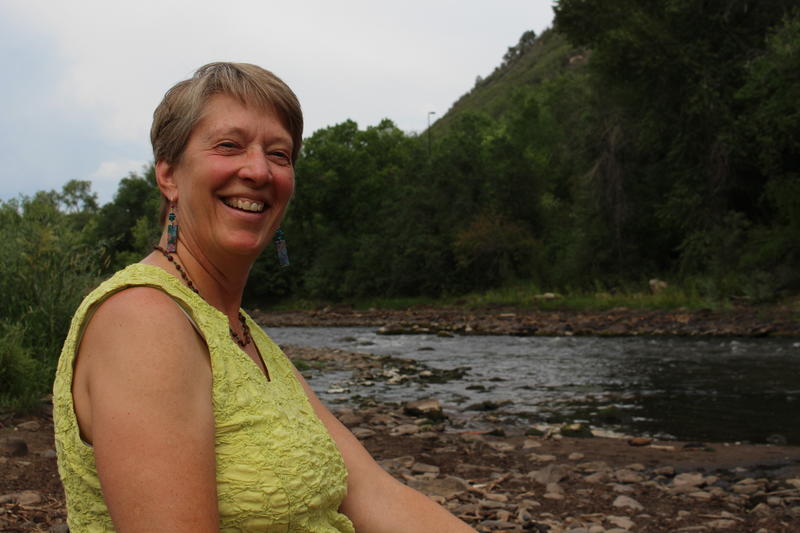 Horn is a water quality specialist with Colorado Parks and Wildlife. The Animas begins in Colorado’s San Juan mountains before draining into the San Juan River, an important tributary of the Colorado River.

For Horn, the incident was a stark visual reminder of the river’s long history of pollution from abandoned mines.

“And it immediately tugged on your heartstrings thinking nothing could live in that,” she says.

The mine spill temporarily closed down recreation in the river and forced farmers to shut off irrigation to their crops. But life in the river? It didn’t change much. The bugs and fish survived and showed no signs of short-term harm. The fish had been living with heavy mineralization of the water for decades.

Crisis averted — until this year.

“So I joke that now the river looks like Willy Wonka and the Chocolate Factory's chocolate fudge river,” Horn says.

We spoke along the river’s reach through the city. The water was a cloudy brown color with bits of suspended, charred debris.

The Animas began the summer with record low water because of drought and a warm winter. That primed the nearby mountains for a big wildfire. The 416 Fire ended up burning about 55,000 acres around the drainage basin for Hermosa Creek, a tributary of the Animas. Now when it rains over the burn area, a thick sludge washes into the river.

Horn says official surveys haven’t been conducted, but it’s likely the first few ash-laden runoff events killed 100 percent of the fish in a 30 mile stretch of the river.

“You could literally see the fish coming to the banks gasping for air. It physically smothered their gills and their ability to breathe,” Horn says. “So there it was, it didn't look as bad. It came from a, you could argue, natural source and did way more damage.”

Many western rivers are stressed. They’re pressured by drought, pollution, overuse by cities and farmers and runoff from wildfires. The Animas acts as the perfect poster child.

“It certainly is unlucky,” says Scott Roberts, a researcher with the Mountain Studies Institute, a non profit research group based in nearby Silverton. “It's unlucky now. And it's been unlucky for throughout time really.” 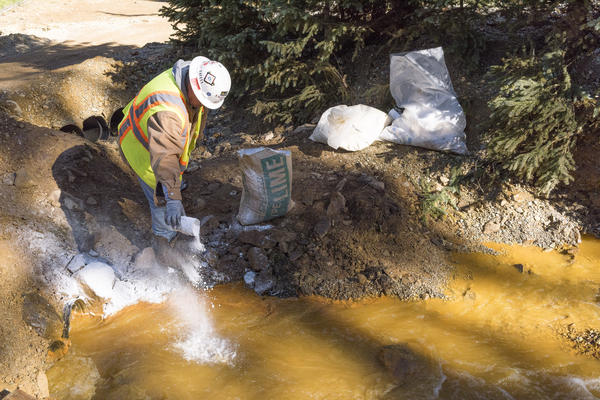 The river’s facing problems that show themselves, Roberts says, like a vibrant orange smear or a chocolate brown sludge. Or like earlier this summer when the river’s water all but disappeared within Durango’s city limits, recording its record lowest flow in 107 years of data.

But there are many others that don’t draw intense public attention. Before the Gold King Mine spill, and even now, the river receives acidic water laden with heavy metals from the region’s numerous abandoned mines. Adding insult to injury, in July 2018 a truck carrying waste material from the mine site crashed into Cement Creek, another Animas tributary.

Roberts points to studies that showed samples of the river’s water with high levels of bacteria commonly found in humans, likely leached from underground septic tanks. 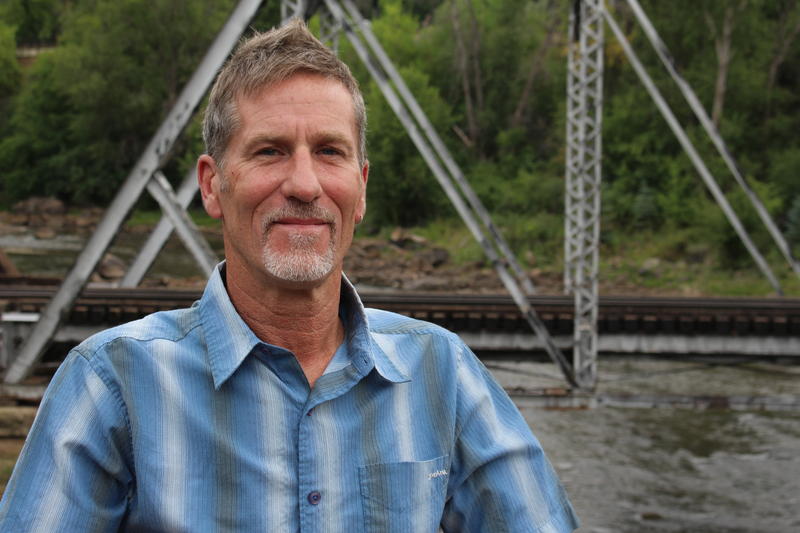 “I don't think that the problems that are plaguing the Animas today are unique to the Animas,” says Trout Unlimited’s Ty Churchwell, based in Durango.

In fact, Churchwell says, all these issues are increasingly common throughout the West. Drought, ash-laden runoff and mine pollution are often the norm in western watersheds. The Animas has just experienced the extremes of all three in a short period of time.

“We certainly have experienced more than our fair share of traumatic incidents here in the last three years,” he says.

All these stressors don’t make it easy on local business owners, heavily dependent on tourists coming to town to raft and fish on the Animas. Low flows have curtailed the rafting season throughout the southwest.

While fishing isn’t restricted on the river through Durango, fishing outfitter Tom Knopick says local anglers are avoiding large portions of the stressed river this summer. 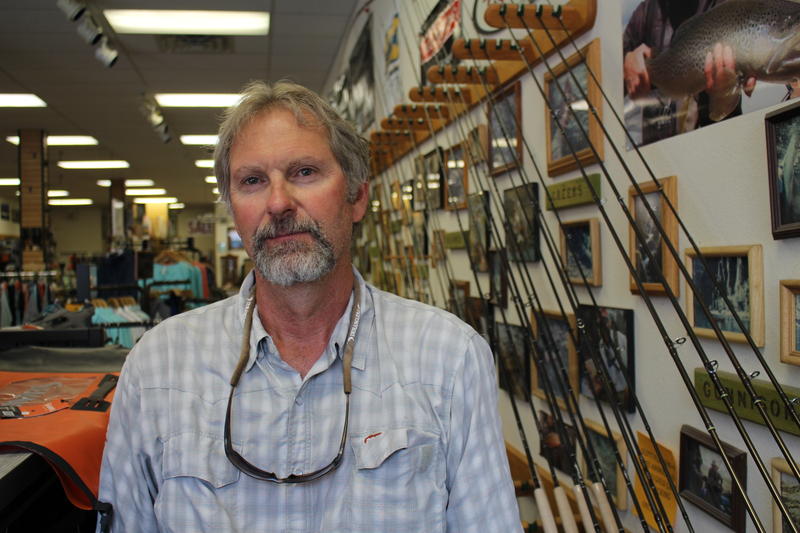 Knopick co-owns Duranglers, a fly shop in downtown Durango. He takes solace in knowing that all this trauma is bringing attention to the Animas’ myriad problems. Some of the mine waste is being treated now before draining into the river. When it comes to the fire-related sludge, the healing process has already begun.

“We've seen this before and we know that we know that it's a short term problem,” Knopick says, comparing this summer to that of 2002 when the Missionary Ridge fire scorched more than 70,000 acres outside Durango. “You know we don't like it. Rather not be dealing with it. But the reality is the Animas will be in a short period of time better than it was before the fire.”

But it could be another five to ten years before the Animas is back to its former self, according to water quality specialist Barb Horn.

“Rivers really are a great metaphor for our body and our own health and our own lives,” she says. “You can think about maybe the Animas is having a heart attack, a stroke and clogging up and saying we need to pay attention to what we eat or what we're doing with her and to her.”

Horn says rivers have been rebounding from drought and fire for millenia. It’s just human activity that’s made the frequency, duration and magnitude of those events worse.