Although there were a few scowling dissenters in the audience—among them Cornerstone Christian pastor Jim Tarr—the vast majority at Bridges High School came out to support new Superintendent Jesus Rodriguez’s efforts to create safer schools for transgender, gay, and nonbinary students.

"I'm here to thank the Board and the district team for all your support of our LGBT+ students and staff," said Ellen Friedman. She has a transgender nephew, and said that makes the topic a personal one for her. "This is critically important to me, because I believe that every student and staff member must feel welcome and safe in our schools and our community."

Rodriguez penned an op-ed in the Post Independent this week in which he detailed the harassment and homophobia that LGBTQ+ students have told him they’re enduring at school. He wrote that students have told him they avoid drinking fluids all day because they are "terrified of using the restrooms in our schools," and that gender-neutral bathrooms often aren’t easy to access. To that end, the district has also released a toolkit for supporting transgender and gender-nonconforming students.

"I would really like to state how important this is to us, and how grateful we are for this," said Jax Carpenter, a senior at Roaring Fork High. He added that life at school has gotten easier with administrative support. "I recently was able to change my name in the school records, and that has made a huge difference in me feeling comfortable at school—and seen. And it has really made going to school a lot easier, because instead of worrying about being dead-named, or the wrong pronouns being used, I just have to worry about, 'OK, what homework do I have?' It makes it easier for me to just focus on what's important, and not feel unsafe on a regular basis."

Opposition to Rodriguez’s letter and the district’s toolkit mostly came in the form of transphobic tropes about bathroom safety.

"You wrote about how a student was uncomfortable using the bathrooms at school because of their gender identity. Yet you give no thought to how the other 90-some percent of students are going to feel if transgender students and staff are allowed into the bathrooms or locker rooms that they identify as," said Rooding.

Her comments contradict rigorous research from UCLA and other institutions demonstrating that there’s no link between trans-inclusive policies and an increase in safety threats in bathrooms. In fact, the opposite is true: transgender students forced to use bathrooms that don’t correspond with their gender identity face heightened risk of being victims of violence and sexual assault at school.

"While mental health struggles and suicide rates are unacceptably high in transgender youth, they are not inherent to being transgender. Rather, they are the result of receiving years of messaging that they are somehow wrong, broken or other," he said. "We can all help improve this by using students' preferred names and pronouns. In fact, transgender and nonbinary youth who report having their pronouns respected by all or most people in their lives attempted suicide at half the rate of those who didn't."

Research has long shown that the LGBTQ+ community is disproportionately impacted by violent crime, and that gay and trans people are attacked by people whom they know more often than other victims of crime are.

In the end, Jax Carpenter said trans students want the same things as anybody else.

Morgan Troy Neely
Morgan is KDNK's News Director. He comes to KDNK with public radio passion and experience. He was a news host, reporter, and opps guy at APR and also worked with Pitkin County for a couple of years. He says that getting back to public radio and reporting is where he wants to be.
See stories by Morgan Troy Neely 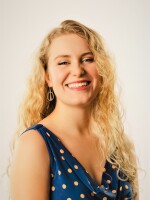 Hattison Rensberry
Hattison Rensberry grew up in Rifle, CO and earned her Bachelor’s Degree in Graphic Design and Drawing at the University of Northern Colorado. She comes to KDNK as reporter and host after working on the design-side of news for the past three years. Hattie does theater locally, photography, needlecrafts, and also provides Editorial Design for the Sopris Sun. Tea>Coffee
See stories by Hattison Rensberry