Host Gwen Garcelon shares Part 1 of a conversation recorded with visionary social entrepreneur Robert Egger in 2009. Part 2 of this conversation aired on June 6, 2019.

Egger has been a leader in the food recovery/ job training/ social enterprise movement since 1989, when he founded the D.C. Central Kitchen, which he led for 24 years. He went on to found LA Kitchen and collectively these businesses have used donated food to produce over 40 million meals, and helped over 1,600 former felons and homeless men and women gain full-time employment. Robert is an award winning author (Begging for Change, HarperCollins), and a sought after speaker on subjects ranging from innovation, leadership, the role of nonprofits and social enterprise. The Inner Game air every first Thursday at 4:30 on KDNK, for past episodes click here. 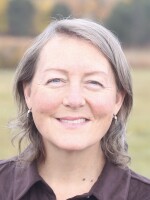 Gwen Garcelon
My life’s commitment is to nurture and expand the innate capacity in myself and others to embody a world of beauty, unity, health and justice. As a staff member of the international citizen action group RESULTS, I coached and trained volunteer political advocates world-wide in the movement to end poverty for over a decade. I learned about being a game-changer by working alongside visionary leaders like Nobel Peace Prize Laureate, Muhammad Yunus, Lynne Twist of The Hunger Project and Founder of The Pachamama Alliance, and Marshall Saunders, Founder of the Citizens Climate Lobby.
See stories by Gwen Garcelon